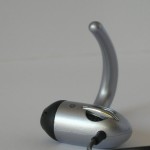 The Wire Season 3 review | Stringer Bell is a bad man

HBO‘s The Wire has had a pretty good run. The machinations of Baltimore narcotics police, the drug lords they pursue and the City Hall pen-pushers in their way has received much critical acclaim. Maybe it’s reassuring that, with law enforcement and federal agencies obsessed with counter-terrorism, there’s still some good policing of domestic scrotes going on and good drama being made about it.

And yet nearly all the things that made for the successful traditional cop show are eschewed on The Wire. Creator David Simon takes great pleasure in making the show anything but action-packed and blurring the line between good and evil, cop and criminal. Baltimore’s finest include Herc and Carver – a black-and-white double-act who spend their time cracking heads on the corners, meting out arbitrary instant justice to the dealers and hoppers on their rounds. Obsessive, pain in the balls, rent-a-mick, poon hound Jimmy McNulty and street-smart scrote-stomping lesbian Kima Greggs provide the brains.

The streets of West Baltimore are owned by the Barksdale crew, headed by Avon Barksdale and his right-hand man Stringer Bell (brilliantly played by British actor Idris Elba)
. Bell is the day-to-day H.N.I.C. He’s the Michael Corleone of the family – ruthless, clear-minded and business-oriented. Stringer’s a conflicted individual – obsessed with running the drug game like a business, he comes up against the street and its demands constantly. He takes economics classes in an attempt to make sense of the market forces that dictate the drug racket. He’s not your average street hood.

"With his rifle slung over his shoulder, nursery rhyme whistling and heroic arse banditry he’s one of the most memorable gangsters thrown up by tv in recent times."

The Barksdale crew took a back seat to the waterfront corruption in season two so it’s good to see them in the forefront again. That docks shit was a little weak.

Season three sees a welcome return for Omar, the gay stick-up kid still robbing drug dealers for a living. With his rifle slung over his shoulder, nursery rhyme whistling and heroic arse banditry he’s one of the most memorable gangsters thrown up by tv in recent times. He could probably hang with Fabulously Gay Vito from The Sopranos though he doesn’t seem to go for short fat Italian guys.

The Wire is a smart show with convincing performances, strong storylines and powerful scenes. But it’s a very slow burner. When they step up the pace, it’s thrilling but they seem to have perversely chosen to shun anything eye-catching in most episodes. They demand a lot more patience from the viewer and, to be honest, they don’t always justify it. Seven one-hour episodes before the wiretap arrived in season one gives you an indication of how this show makes you wait for the pay-off.

But that won’t stop you watching. The intrigue and interplay between the police department, the street and City Hall is totally absorbing. Often funny, always intelligent and sometimes brutal it’s an unforgiving portrayal of the frustrations of modern policing in an urban environment. Dramas within the police department are mirrored in the Barksdale crime family – the two storyline threads commenting on and complementing each other.

"If you switched on for The Professionals style rock ’em-sock ’em policing then you should stick with UK Gold."

But if you switched on for The Professionals style rock ’em-sock ’em policing then you should stick with UK Gold. You won’t get closure or a Case of the Week. This is your actual gradual unravelling of thematic concerns. They ain’t looking to be up in this place for a minute.

Like Stringer Bell, they be playing the long game.

The best thing about it: Omar – nothing like a gay man with a gun to terrify drug dealers.

The worst thing about it: It’s really, really slow.

The verdict on The Wire, Season 3 : Very HBO.