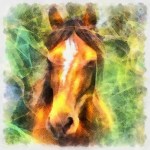 by jamdog
E4 Overton. Home of nudey grain silo dives, druggy holer jockeys, paedo cops and fake vets. We have enjoyed your company. In what promises to be a complicated finale Slut’s Daughter and Slut’s Daughter’s Daughter gets a visit from Slut that sets off a train of thought which leads Slut’s Daughter to discover it was... Read More

Overton. Home of nudey grain silo dives, druggy holer jockeys, paedo cops and fake vets. We have enjoyed your company. In what promises to be a complicated finale Slut’s Daughter and Slut’s Daughter’s Daughter gets a visit from Slut that sets off a train of thought which leads Slut’s Daughter to discover it was Janine the Fake Vet who put Dead Cal into care. So, I dunno, maybe Eli killed her for that? Just a thought.

There’s no time to dwell on that as James gets whacked on the bonce and kidnapped throwing all theories up in the air. He’s gone horse riding with his captor Eli who’s behaving more than a little crazy. He clearly believes that James killed Cal – the very idea!

James isn’t hanging around to debate the point with a menkle though and he slips the surly bonds of Eli to run into the woods. The gypsy catches him though and snaps his leg like a twig which puts a stop to his whole running away thing for a while at least. I dunno about you but I think this “Eli” kid has got some explaining to do.

And he’s happy to do just that once gets James into an underground gun bunker where he assures him that nobody can hear you scream. As he fixes up his old friend’s broken leg with what can only be described as rudimentary surgical skills he tells him that he knows that he didn’t kill Cal because he, Eli, snuffed him.

Say what? You kept that one quiet, boy. It seems that Eli had discovered that Cal was going to Argentina with James and was sad about it. But what really got him was when he called their mom a cunt. That sparked vicious Gypsy rage in Eli and he choked his brother to death like it was nuthin’.

“He’ll be doing his mom cunt calling from the cemetery from now on.” he tells James who understandably enough is having difficulty taking the whole thing in.

Even worse is his intention to kill James for the whole Argentina thing. “I hate you most of all Scarecrow” says Eli and after making him a seriously dicey splint takes him on a trek to where his mother’s ashes are scattered. To be fair to Cal she really was something of a cunt but don’t let Eli hear you say that. He’ll kill you! No, seriously.

The killing party is interrupted by the Super Friends in a 4×4 screeching up. They’re all there: drugs ruined my career Tina, Nausey Rob, Slut’s Daughter (as usual they leave Annie behind for being a twat). The situation doesn’t look good for James – on the ground with a busted leg and a psycho murderer holding a cattle gun to his head.

This cruel sexual insult brings Eli to his knees and that’s the cue for the cops to come in and start building a case that even they can’t fuck up. Eli will be be doing his serial killing from behind the bars of a maximum security prison from now on.

The really amazing thing throughout all of this is how Tina still manages to look naked while fully clothed.

I could probably stand a second series of this, you know.

The verdict: Loving Glue’s the right thing to do